Why Your Salespeople Don’t Show Any Team Spirit

I’ve always had a mild fascination with collective nouns.

How can you not smile, when confronted with the fact that someone, somewhere saw more than one animal and came up with – an Intrusion of Cockroaches, a Sneak of Weasels, a Rhumba of Rattlesnakes or a Prickle of Porcupines? 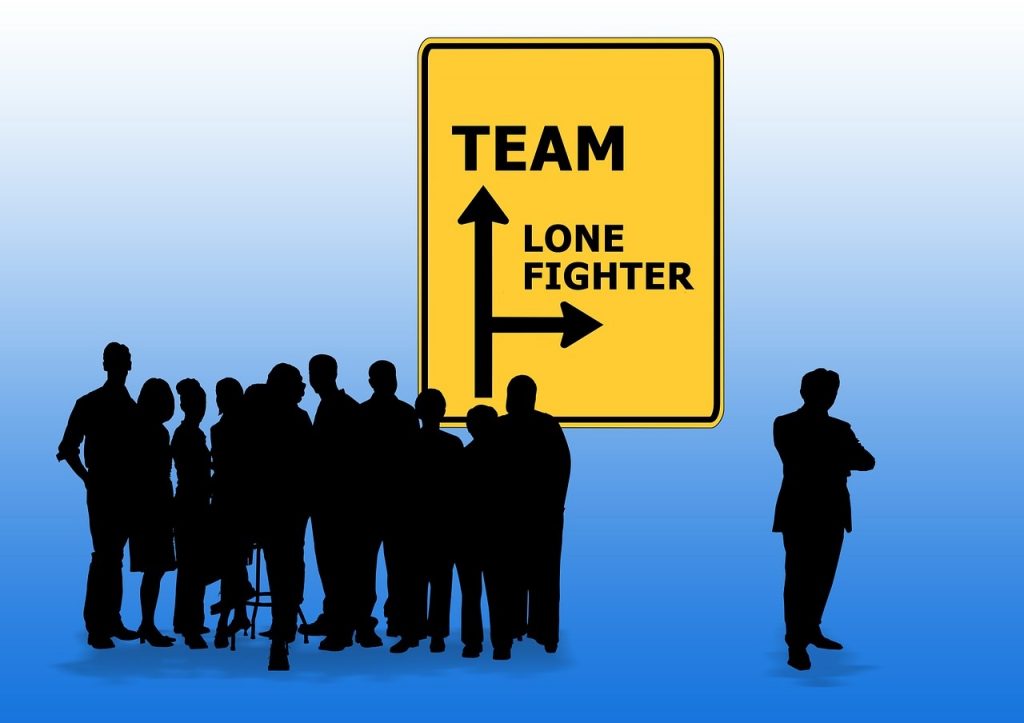 When it comes to groups of people, did you know that a group of Bakers was called a Tabernacle?

Or that there was such thing as a Babble of Barbers, a Sneer of Butlers, or – my personal favourite of the day – a Shrivel of Critics?

And of course, if you were to gather a group of salespeople together, all from the same company, the tendency would be for us to call them a team.

But if we’re brutally honest, they’re not what you could class as a true team – are they?

In many cases, commercial team management is quite straight forward.

The group, who make up the team, are all given a piece of a project to finish and everybody comes together at the end to celebrate their achievement – with the praise and recognition being equally shared.

Which is why, during the annual conference, members of the board like to interject sports analogies into their inspirational keynote speeches.

However, most sales teams are nothing like that, success always happens at a much more personal level than in true team sports, and customer interaction is rarely a team pursuit.

If you want a more accurate sports analogy;

Salespeople have a much closer resemblance to the individuals who make up an International Olympic team.

Yes, they’re all competing under the same flag.

Yes, they all hope the rest of the team will be successful too.

Yes, they all march together at the beginning, and then gather again at the end, to celebrate what they achieved as a group.

Yes they all have the same top boss.

But a Sales Manager rarely has six people all on the same pitch, all playing the same game, all at the same time. Different disciplines, different set of goals, completely different opponents – just like the Olympic squad.

If your group does indeed feel like a team of footballers, or rugby players or basketball players – trust me, you’re in a very small minority.

The rest of us have got a Sniper, a Sprinter, a Marathon Runner, a Weightlifter, a Multi-Talented Heptathlete and someone almost certainly heading for the High Jump.

In a true team game, one or two weak points can be strengthened (or hidden) – there can be a counterbalance – many famous teams of the past have found greatness by combining in such a way.

However, in a team of individual pursuits, there is no such margin.

We don’t all stand on the same podium together – we have to earn the right to stand on a podium of our very own – and at the closing ceremony celebration, there’s going to be some of us who have medals and some of us who don’t.

No one really gets to share an individually won honour – that’s why they’re called individual events.

The boxer’s team is never there fighting with them in the ring – each boxer takes the step through the ropes and onto the canvas alone.

When sales managers address sales teams, they are talking to a group of individuals who do not hunt as a pack – and quite a lot of the time, have no wish to do so.

That’s why there’s only ever one person listening as the manager goes through everybody’s individual sales figures – one at a time – during the sales meeting.

That’s why certain personality types will run all day just to make a manager smile, while others will be happy to hitch a ride and just share the limelight.

That’s why the only person who really cares whether the sales team hit their overall target is you – the Sales Manager.
That sales team of yours isn’t a fighting unit; it’s a group of mercenaries.

The success of this campaign is down to you – the sales manager – and each hill lost, is a hill you couldn’t afford to lose.

So What’s the Solution? 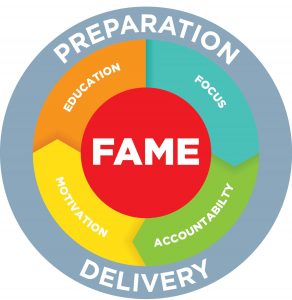 At Varda Kreuz we like to break the job of a sales manager down into four easily understandable sections which come together to create something called the FAME Effect – Focus; Accountability; Motivation; Education

You’ve got to FOCUS them individually.

Keep everybody pin-point focused on the tasks that really matter – no one gets left behind, everybody is preparing for a medal.

Every member of your team has strengths and weaknesses. Tasks that one finds second-nature, may be completely ignored by another.

When we talk about FOCUS, we ask the question – WHAT – as in “What jobs need doing?”

You’ve got to hold each one of them ACCOUTABLE for their own success.

If you were conducting an orchestra that was going to perform a concert in front of two thousand paying customers in three months time, how many chances would you give the violinist who couldn’t play in tune or the percussionist who couldn’t keep time?

How many rehearsals would it take before you decided that – for the sake of the rest of the orchestra, yourself and the audience – enough was enough?

Your sales team have to take responsibility, for the quality and quantity of the work they send out, and of the results that are generated as a direct consequence of their effort.

Remember: Their job is to hit target -Your job is to make sure targets get hit.

When we talk about ACCOUNTABILITY we ask the question – WHO – as in “Whose job is it?”

Understand who they are as individuals – MOTIVATE, incentivise and coach them as such.

You can treat them all the same if you like – or you could keep telling yourself that the monthly pay cheque should be enough to motivate anyone to do a great job.

Or you could put a bit of thought into answering the nagging WHY question.
It’s that question that gets salespeople to hit targets and gets boxers out of bed at 4am for a five mile run.

MOTIVATION answers the question – WHY – as in “Why is this job worth doing well?”

I attended the annual management conference for a multi-national client a few years ago, where the CEO stepped up to the podium and announced;

I had no idea what JFDI meant at that time, so I asked him what the abbreviation stood for during the break. He smiled and told me this;

“The managers in this business are always too busy to show their teams how to do anything properly, so the stock answer to a request for help from junior staff is always – Just F****** Do It -JFDI – and that culture is making us less effective and less efficient than our nearest competition, so it has to stop.”

EDUCATION answers the question – HOW – as in “How do we make sure this job gets done with spectacular results?”