Do you need to find a way to win business in a particular key account – one that’s never done business with your company before and who you can’t even get an appointment with?

Well, I can give you the three steps that you need to take – but to make this strategy work – you have to do them in a very specific order.

Actually, I appear to be getting more and more questions from people asking how they should go about winning business in Strategic (previously unwinnable) Key Accounts.

You know the kind of prospect account – the one your business expects you to win, even though they have never had any interest in buying from you – but they are a huge opportunity – and the company is counting on YOU to go and get it – NOW.

I was helping out a Strategic Business Development Manager recently who had just been promoted.

During her time on the Field Sales Team she had smashed her targets, and when she stepped up to look after larger accounts she could do no wrong – so the Board decided it was time to unleash their new super-powered account manager on the “Unwinnable Accounts”.

She was up for the challenge, it was time for her to prove that she was the one person in the entire business who could actually make a difference and bring home the big fish that no one else was capable of catching.

Four weeks in and her confidence was shot, these accounts were her Kryptonite, all her powers were gone, and everything that had worked previously was falling flat on its face here.

She’d booked appointments with all the head honchos – made her presentations – followed up like a true professional – but then it all just stopped. And now she has a week to get her new strategy ready and present it to her boss – and as she told me, I could see the exhaustion and worry on her face.

Someone had already taken her old job – there was no going back – “Do or Do Not, there Was No Try” – but no one in management had any better ideas, she’d just been thrown at the problem – and now it was her fault.

But what can you do?

So, I shared with her what I’ll share with you now – because this is where most people go wrong with all those big, attractive – unwinnable – accounts.

There are 3 distinct contact groups in strategic key accounts; EAR, FEAR and CLEAR.

If you spend too long with one group – you fail.

If you see another group too early – you fail.

Let me explain who the 3 groups are; 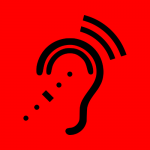 They’ll listen to you, engage in your presentations and tell you what a great idea it would be to have your solution in the business.

But they have no authority or power. They cannot give you the business – but they can get you in front of the people at the next level.

At every stage of key account management there are EAR people – sometimes decision makers (CLEAR) in one department become the EAR people for you in another – so don’t make the mistake of seeing them as unimportant and overlooking their role in helping you move forward – and don’t just dump them when you get to meet someone with a bit more power.

Some salespeople love EAR people so much (because they’re so easy to talk to ) that they end up wasting all their time with them – confusing busy with effective – don’t fall into that trap. The purpose of engaging with EAR – is to eventually be introduced to….. 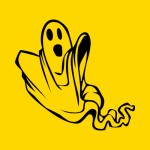 FEAR people are the ones with the problems that your solution will solve.

Once again, they don’t have the ultimate say so – no real authority or power – but they have more than the EAR group – and better than that, you have the cure to what they’re suffering from.

So, although they don’t have the “signing-off” power that you seek, the FEAR people are in fact your real customers.

They want what you’ve got and have ability to be your internal sales voice if you use your time with them correctly. Their voice internally is a respected one, so they’re going to be recommending you to… 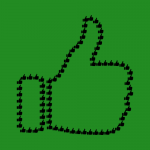 CLEAR people have all the authority and power – they sign the cheques, write the orders and say yes or no to a deal or new supplier.

But they have no real recognition of the problem that you solve – it doesn’t affect them in the way that it affects the FEAR group. Because of that fact, salespeople who go straight to the CLEAR (which seems like a good idea) are presenting to someone who feels no pain and pays someone else to sort out the problem – and so after the meeting you’ll usually hear something like;

“Thanks for your time, if we have a need for this, I’ll make sure someone gets in touch!”

You meet EAR people to find out who the FEAR people are – and gain an introduction to them.

You understand that FEAR people are waking up at 3 in the morning because they don’t have what you’ve got and you pass on the required knowledge so that they can start to sell to CLEAR for you internally.

And by the time you meet CLEAR, you have a number of loud and passionate cheerleaders within the business.

I discuss EAR, FEAR and CLEAR in much more detail during my 2 Day Business Development Masterclasses – but for now, go and work out who those 3 people are in your unwinnable accounts and decide how best to approach each one – so that every meeting and presentation you have leads you effectively on to the next step of securing the business.