What’s the Best Way to Close a Sale?

Are there any really bad songs that you choose to listen to – over and over again – from start to finish – just because you like the way they end? 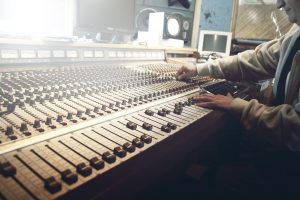 I know it’s an odd question, but every time I’m asked what my favourite Sales Close is – I’m reminded of an evening I spent at a lyric master class, run by the British Academy of Songwriters a few years ago.

On the night, two music legends were generously giving their advice – Gary Osborne who (amongst other things) wrote the lyrics for a number of Elton John’s biggest hits and Barry Mason who wrote the lyrics for a whole raft of belters, including the massive Tom Jones hit Delilah – and about an hour in, someone asked;

“What’s the best way to finish a song – fade out, big ending or dead stop?”

To some in the room this was an incredibly important question – they were there to learn what the major elements of a hit record were – and that included finding out how a hit record should end.

Both Gary and Barry looked at each other – turned back to the lady who asked the question – and then politely but slightly perplexed, replied together;

Because it’s true – a hit record isn’t judged by the last 10 seconds – it’s the first 3 minutes that people have to buy into before they ever care about how it ends. 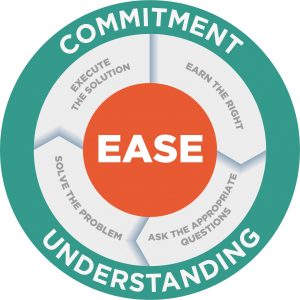 In fact – just like sales – it’s probably the first 5% that matters more than anything else.

If you want them to listen to the rest of the song, you’ve got to Earn the Right for them to do so from the very beginning.

But isn’t it funny that – even in something like song writing, which seems an awful long way away from your average sales job – people are still looking for some form of silver bullet to help them sell whatever it is they’re selling.

But let me tell you – it really doesn’t matter what you’re selling (songs, photocopiers, cabbage) – if the people listening haven’t considered buying by the time you get to the half way mark – then the final note almost certainly won’t change their mind.

Interested in finding out more? We cover all these topics in greater detail during the following Workshops